Hello everyone! Today I'm back with yet another FOTD & OOTD, this time before my cousin's 21st birthday party! It was at our local restaurant/bar/nightclub (yes it is all three) and she rented out a private bar for us all which is so modern and sophisticated, however I never got many photos as it is also very small, which meant that when I did try and take photos, people thought I was taking photos of them.. Which was a bit awkward. So safe to say, I quickly stopped looking like a stalker and avoided them for the rest of the night. Unfortunately I was in a bit of a rush and couldn't really take any good photos beforehand so this is all I have, I really loved what I wore so I thought I'd show you guys! 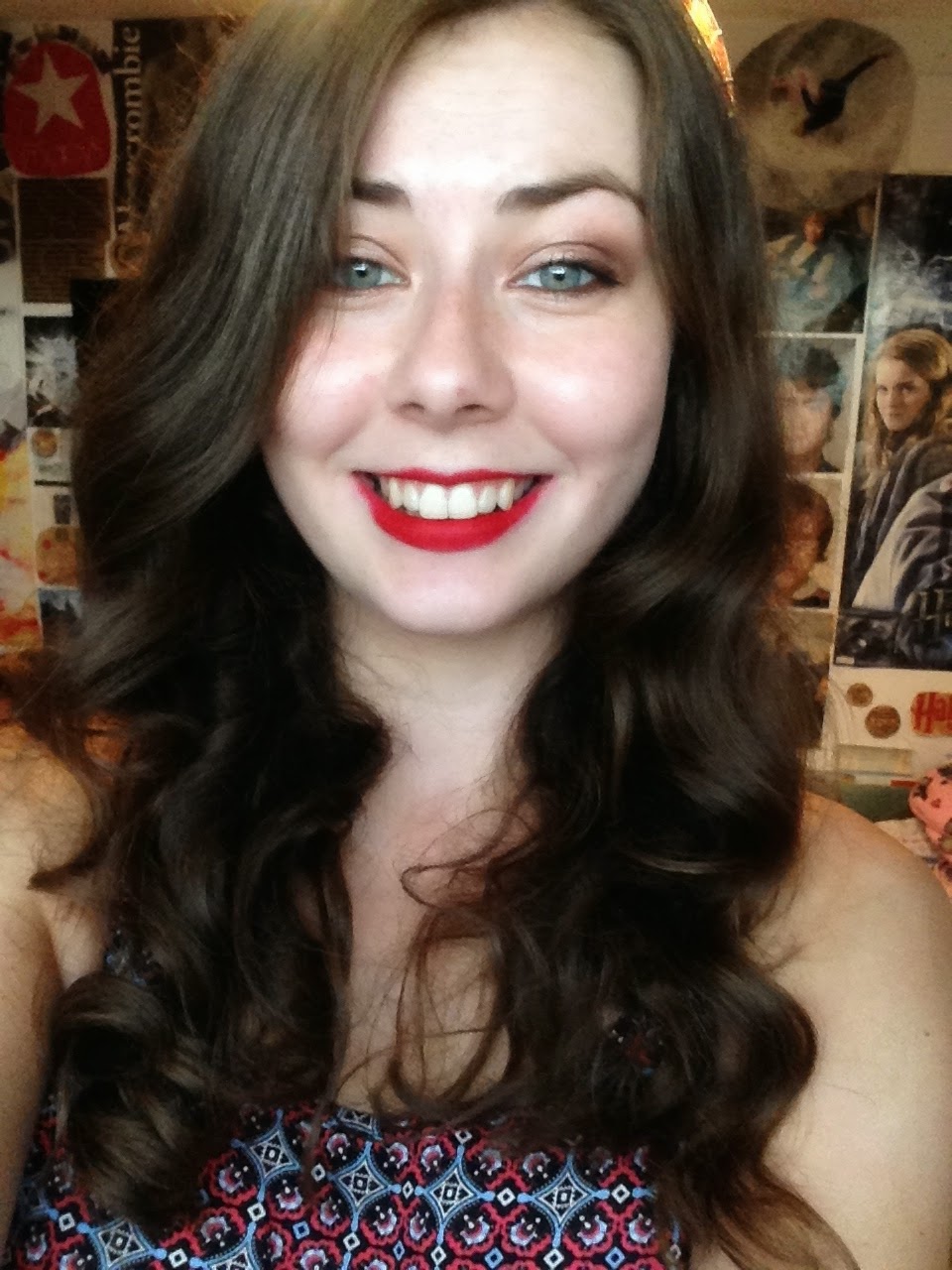 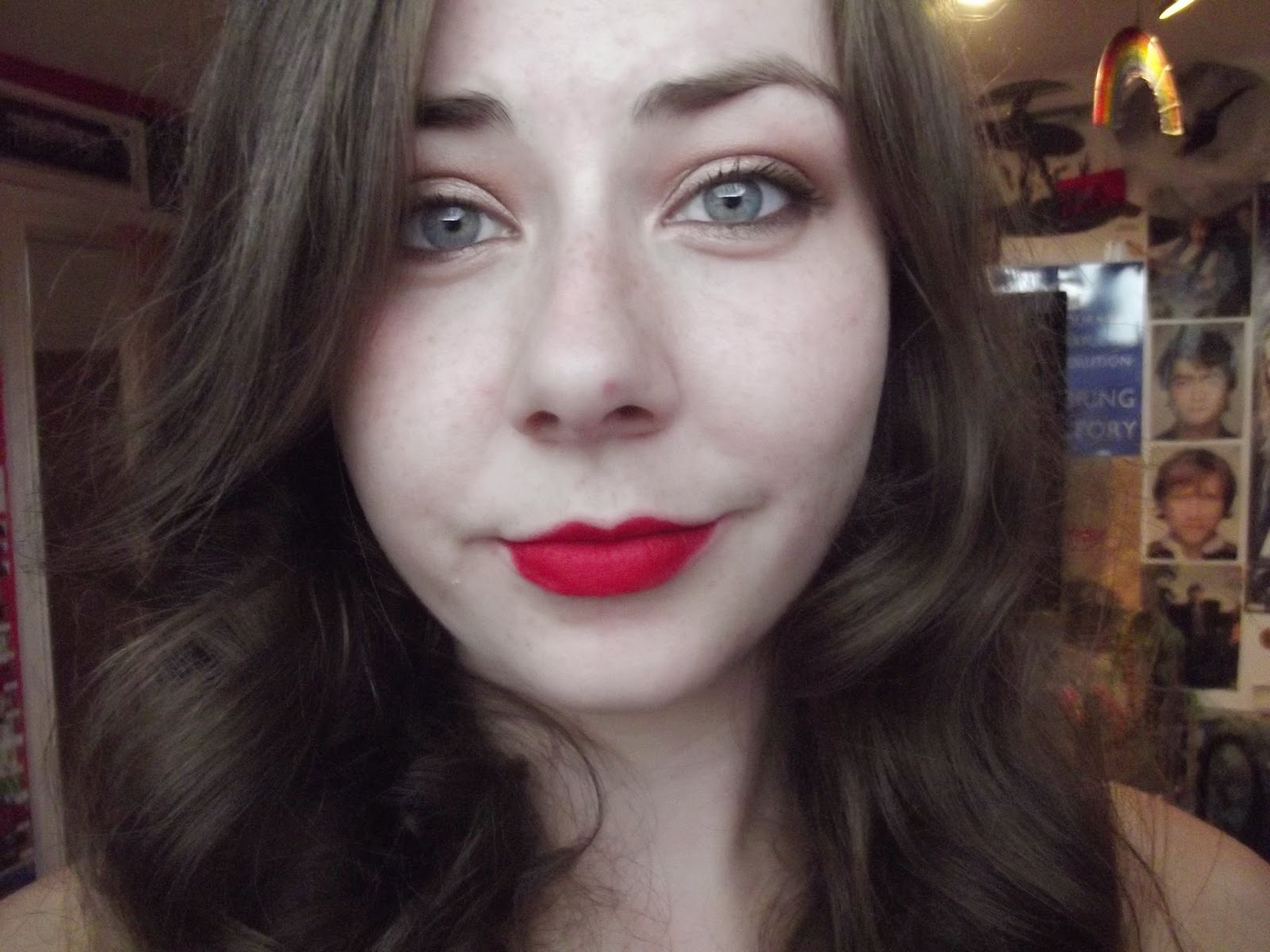 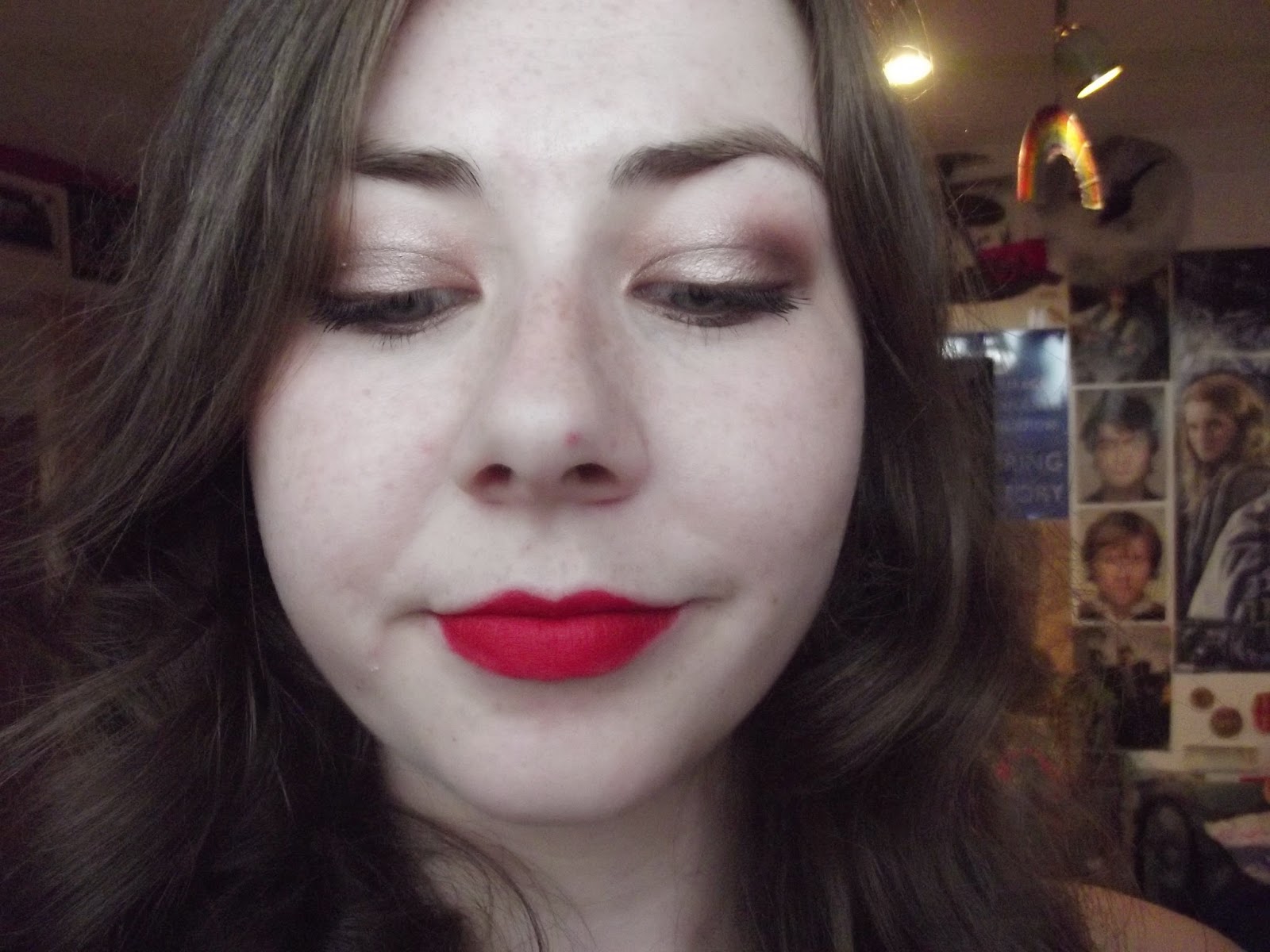 Can you see a trend in the make-up I use? Yes, I do use the same make-up pretty much everyday. I'm the type of person where if I find something I like, I'll stick with it until I get bored of it. I've used Mac Paint Pot Painterly and the Lancome Définicils Mascara both for at least 6 months now and I still really love them, they just work really well with me (blogpost on both coming up.. at some point) and I've only recently purchased the Naked Palette, Bourbon and Ruby Woo so I'm definitely still in the honeymoon stage with them. What I'm trying to say is, I love them.

Anyway, since it was a 21st party I wanted to go bold, so I went for a bronzy smokey eye and matte red lips, which is pretty much my go-to, classic night time look. 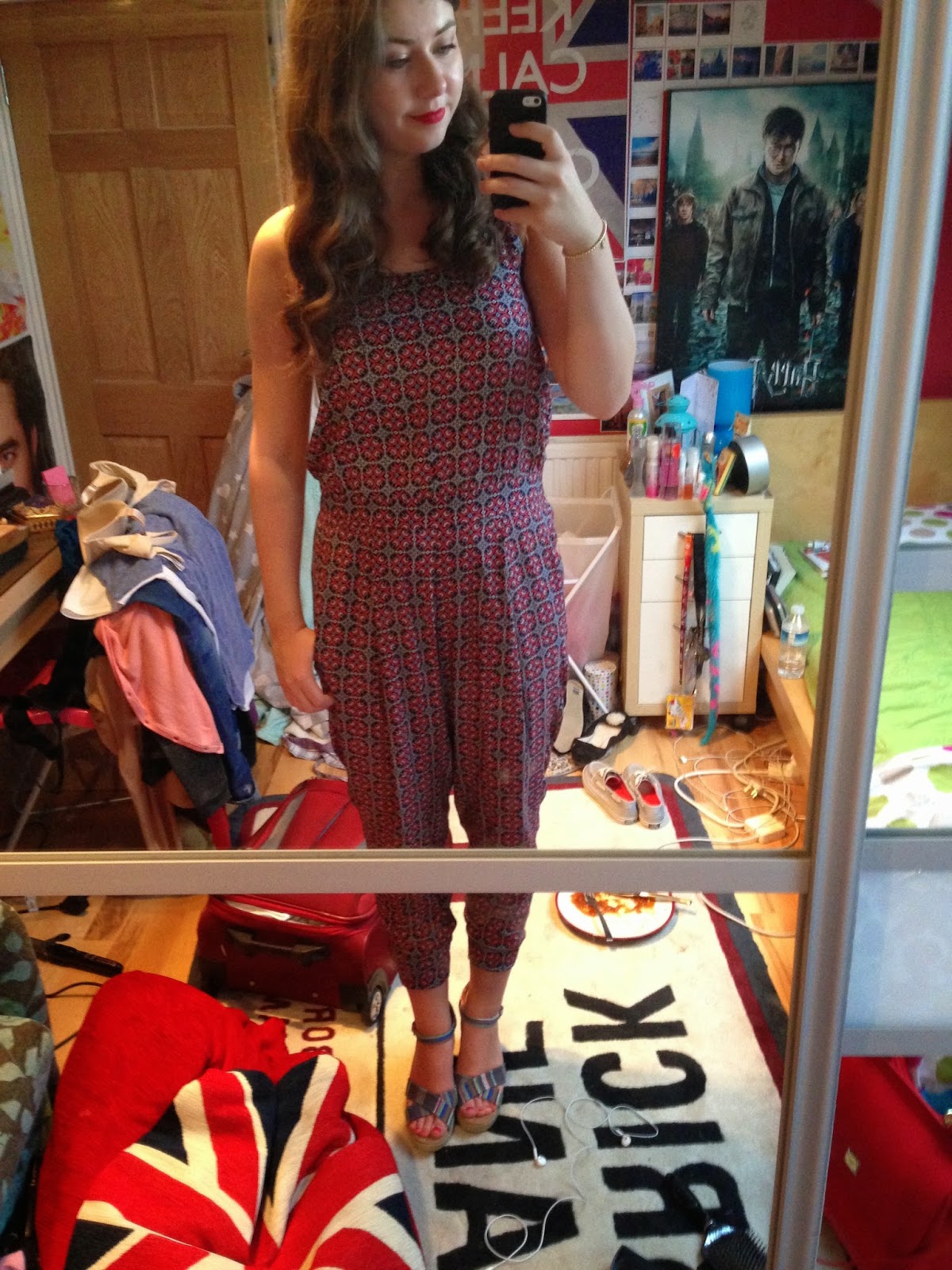 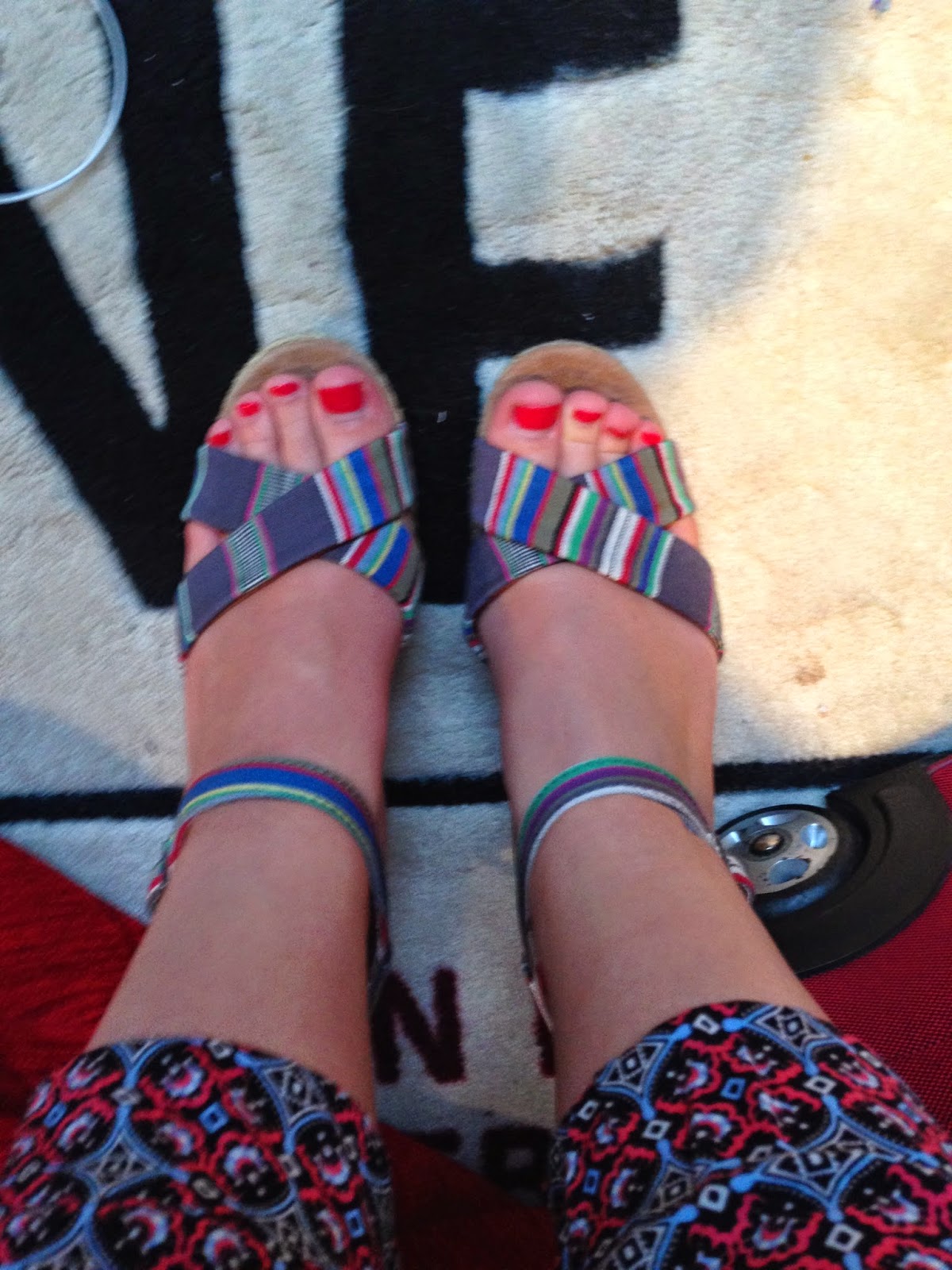 Even though I did go bold on the make-up, I did also choose a really heavily patterned outfit as well, which I just l-o-v-e. This was the first time wearing that jumpsuit, and it was super comfy and flattering on, as it comes in at the hips and is a lovely silky material. It also only has tiny straps, which I think looks really flattering, as for some reason I find showing off your shoulders really nice? I don't know, it's just something you never see and when you do, I just think it really adds something nice to an outfit. It also has pockets, which is a winner itself!

As for the shoes, I'm normally nearly 6ft without shoes on, so with these wedges I can confidently tell you.. I was the tallest person there. However, they are comfy and easy to walk in and I also love the print on them, I just feel like they will go with anything!

So that's it for this post, I hope you enjoyed reading it. What have you guys been up too recently? I feel like I'm telling you so much about what I've been doing.. So I feel it's only fair for you to do the same back!

Have a lovely day, and don't stop smiling. :) 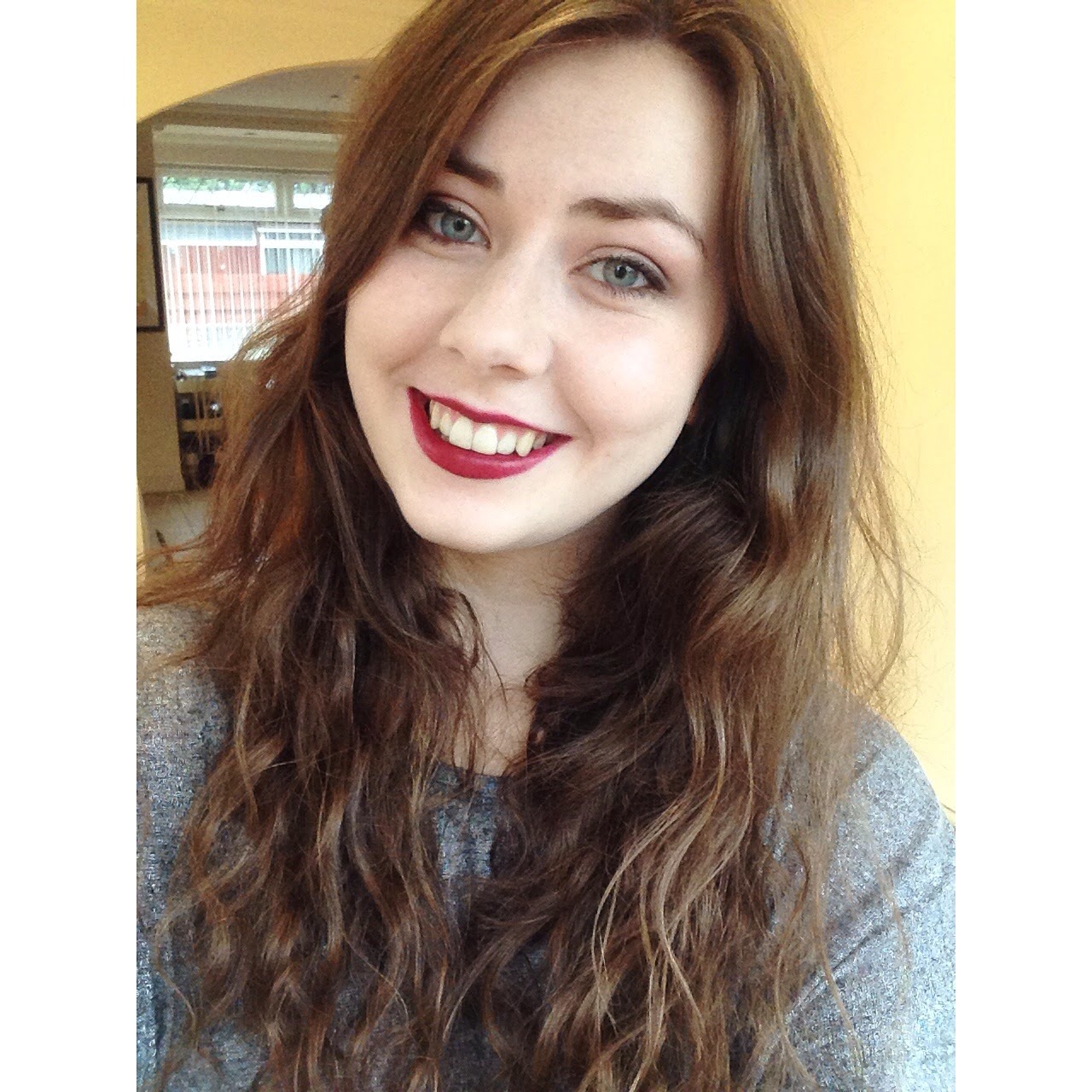 Hello, and welcome to my own little corner of the internet! As you can tell, my name is Hannah, I'm 19 year old student from Scotland, blogging about my life, including all things beauty related, fashion related, travel related.. and really just whatever takes my fancy! If you would like to contact me, you can do so by e-mailing me at hannahburrows11@gmail.com or by the links below (Twitter, Tumblr etc) Have a lovely day, and don't stop smiling. :)